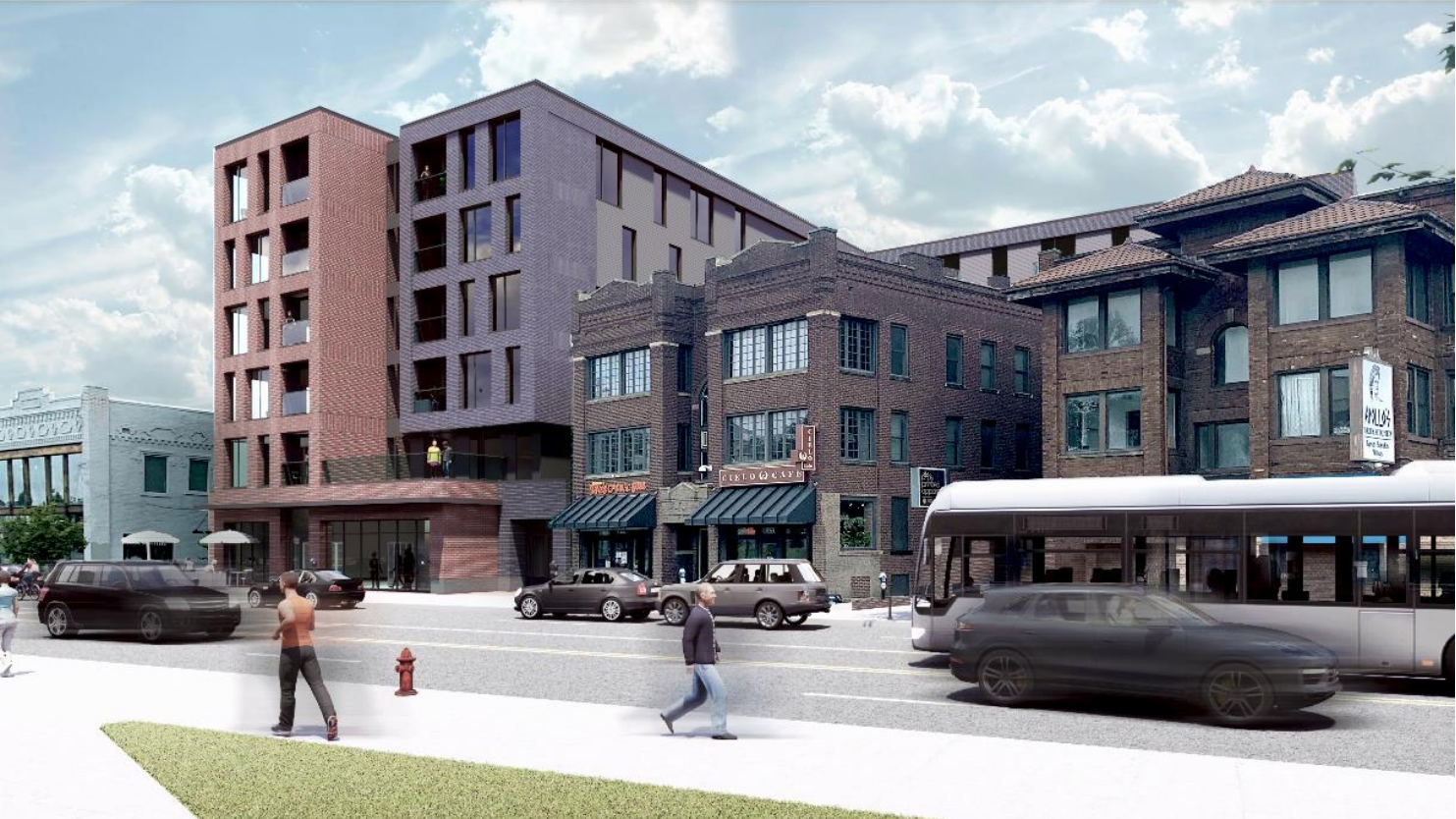 It looks like another name will soon be added to the long list of deceased OSU bars. Bullwinkles is on death row.

Columbus’ University Impact District Review Board, responsible for University District zoning, heard a proposal from Black Equities last week for a new apartment building planned for 1778 N. High St. The plan is not yet approved, and changes are being recommended, but it seems likely that the final design will involve demolishing Bullwinkles.

The proposal is still under conceptual review, but none of the review board’s concerns have to do with Bull’s. Rather, they are concerned with the building next door, currently home to BIBIBOP Asian Grill. The brick building is of historic significance, as outlined in a Twitter thread from the University District history account @UDHCMH. The review board only recommended reworking the design to preserve the brick building, so even if they get all the changes they want, Bull’s is a goner.

This doesn’t come as a huge shock. When Bull’s changed ownership in March, The Lantern reported that the new owner, Gregory Knoob, didn’t foresee the bar lasting much longer.

The proposed new building is a six-story apartment complex with retail space on High Street. Shocking, I know. Who could have predicted yet more unaffordable, architecturally atrocious flats would make their way to the university? The proposed design was so ugly, the review board even asked in their analysis that Black Equities use higher quality materials.

There is no apparent timeline for the project, so all the Buckeyes who have made the smart choice not to hit up clubs this year don’t need to worry about missing their chance to say goodbye to Bull’s. Hopefully, we can meet up at campus’s trashiest, most beloved watering hole again before it’s gone for good.

With the Big Ten’s decision to reinstate fall football starting Oct. 24, some campus bars are breathing a sigh of relief, while…
Read More
X