The Best Damn Band In the Land marches on 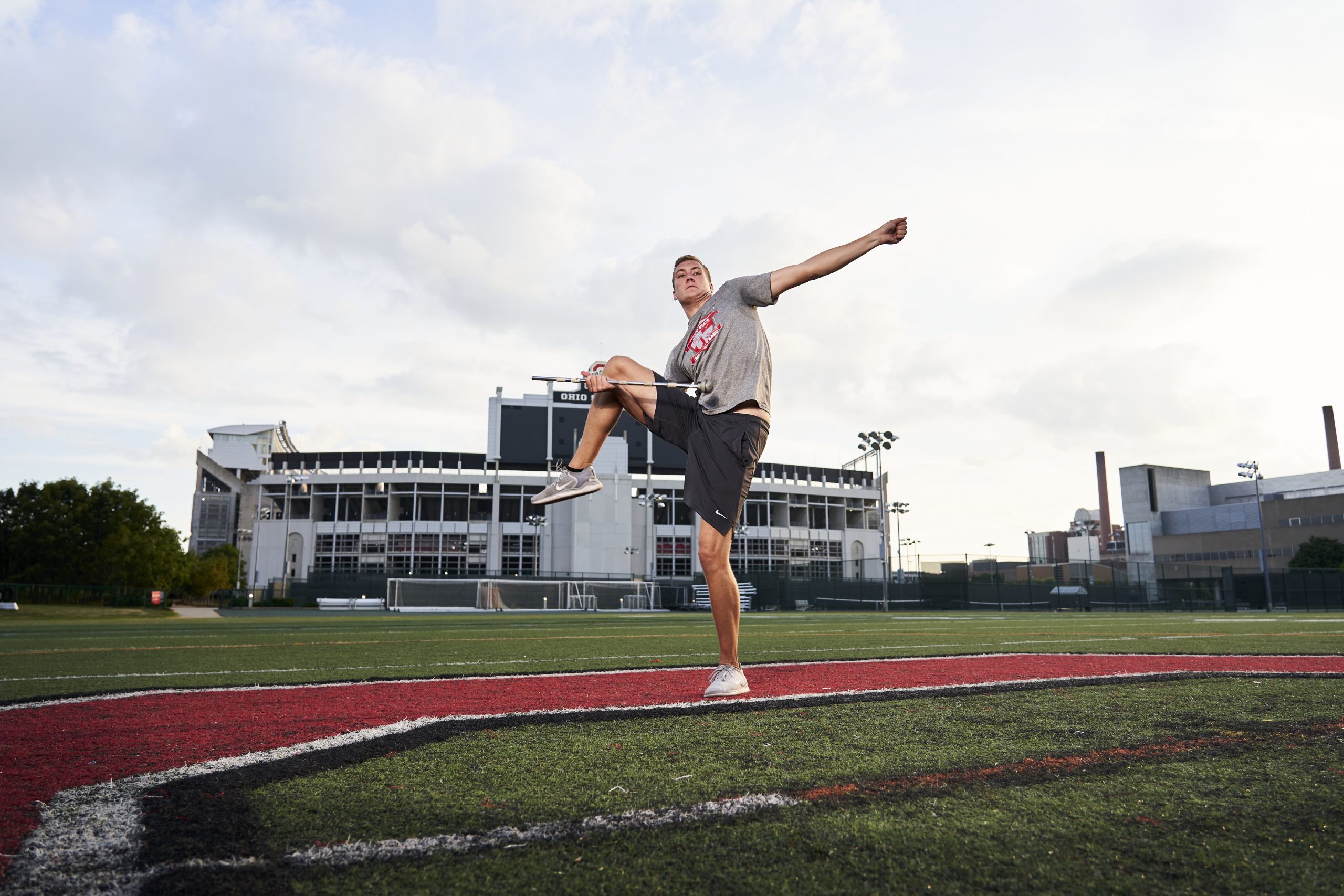 With or without football, you can see the dotting of an “i”

There are hardcore Buckeye football fans who tailgate all morning long then leave their campsites to make it into Ohio Stadium just before kickoff.

And then there are those who attend Skull Sessions, the pregame sendoff at St. John’s Arena where the band runs through its setlist one last time. What originally served as a final practice session has evolved into the official pregame send-off for home matches. Even the head coach makes it a point to stop by and psyche up Buckeye Nation.

Unfortunately now that Ohio State University football has officially been called off for 2020, Skull Sessions have gone with it. Of course, when the Big Ten Conference canceled its 2020 football season on Aug. 11, conversations about the economic impact fallout and players having their future as professional athletes jeopardized dominated the headlines.

But what effect has the coronavirus pandemic had on The Best Damn Band In The Land?

“I can tell you that I’ve had many people ask me what’s going on with the band? Are you going to have a season?” said OSU drum major Brayden Deemer.

Even without a football season, the band will still play on—at least in an academic sense. While the OSU marching band may seem like just a way of amplifying the Buckeye football experience, members are scholars first and foremost with a tough academic schedule.

Of course, as with everything in 2020, that experience will not be the norm. The marching band will have a one-up, though, on other organizations doing pandemic problem-solving, as practice will almost exclusively take place outdoors, an environment that TBDBITL knows well.

“It’s easy, actually, to spread the band apart and make sure that there’s plenty of space between students and, then, quite frankly, the circulation outside is so much better than inside,” said Christopher Hoch, Director of Marching & Athletic Bands at OSU.

Those assuming leadership roles have provided band members and marching band candidates with precise up-to-date instructions as information about the upcoming school year is made available.

Take, for example, the field social distancing guidelines laid out on the OSU marching band website (tbdbitl.osu.edu), which states that “all drill will be written at a four-step (90-inch) interval between participating members.”

“A lot of it is very minute details,” said Deemer.

Until now, all of the band’s preseason activities have taken place virtually, something that’s new to all existing members and incredibly challenging for candidates trying to integrate with the band prior to the season. Getting expensive, school-owned instruments such as tubas, baritones, and sousaphones, into the hands of band members and candidates has also been a major hurdle for the band to overcome this summer.

The integration of new members, a process that is usually aided by in-person socializing, has proven to be one of the more difficult obstacles the band has faced. Marching auditions for new members are not being required, but students still have to submit a video music audition.

“This is normally a time where they get used to the band and they get used to having our practices,” said Deemer. “They make an effort to try to make everyone feel like they’re part of the family.”

With all of the marching band’s summer sessions taking place through Google Classroom, the submission and review process has been laborious. The necessary back-and-forth video swapping to critique marching movements or drum major tricks has been an arduous process, and does not adequately replace in-person methods.

High profile moves such as chair stepping, a marching Big Ten staple, cannot be reviewed and improved if they don’t even fit in the video frame. Shoddy recording quality can also make spotting baton technique problematic.

However, while the Scarlet & Gray may not be storming out of the Horseshoe tunnel like most years, OSU band members have already been progressive in providing hope in situations where people would normally be getting together to celebrate. Already, TBDBITL has provided Buckeyes with socially distanced performances of the Buckeye Battle Cry and Hang On Sloopy. The band even provided a virtual Carmen, Ohio for the Buckeyes who graduated in the spring and summer.

And since the marching band already had music written for the upcoming season, it’s very possible that Buckeye fans will end up seeing what TBDBITL was going to dazzle and entertain spectators with on the field this fall, albeit in a different form.

As the pandemic forces the exploration of different avenues of entertainment, it’s only a matter of time before Columbus may get to see a socially-distanced dotting of the infamous Ohio “i.”

“I know Buckeye Nation will be eager to see what a Script Ohio will look like during these times,” said Hoch.