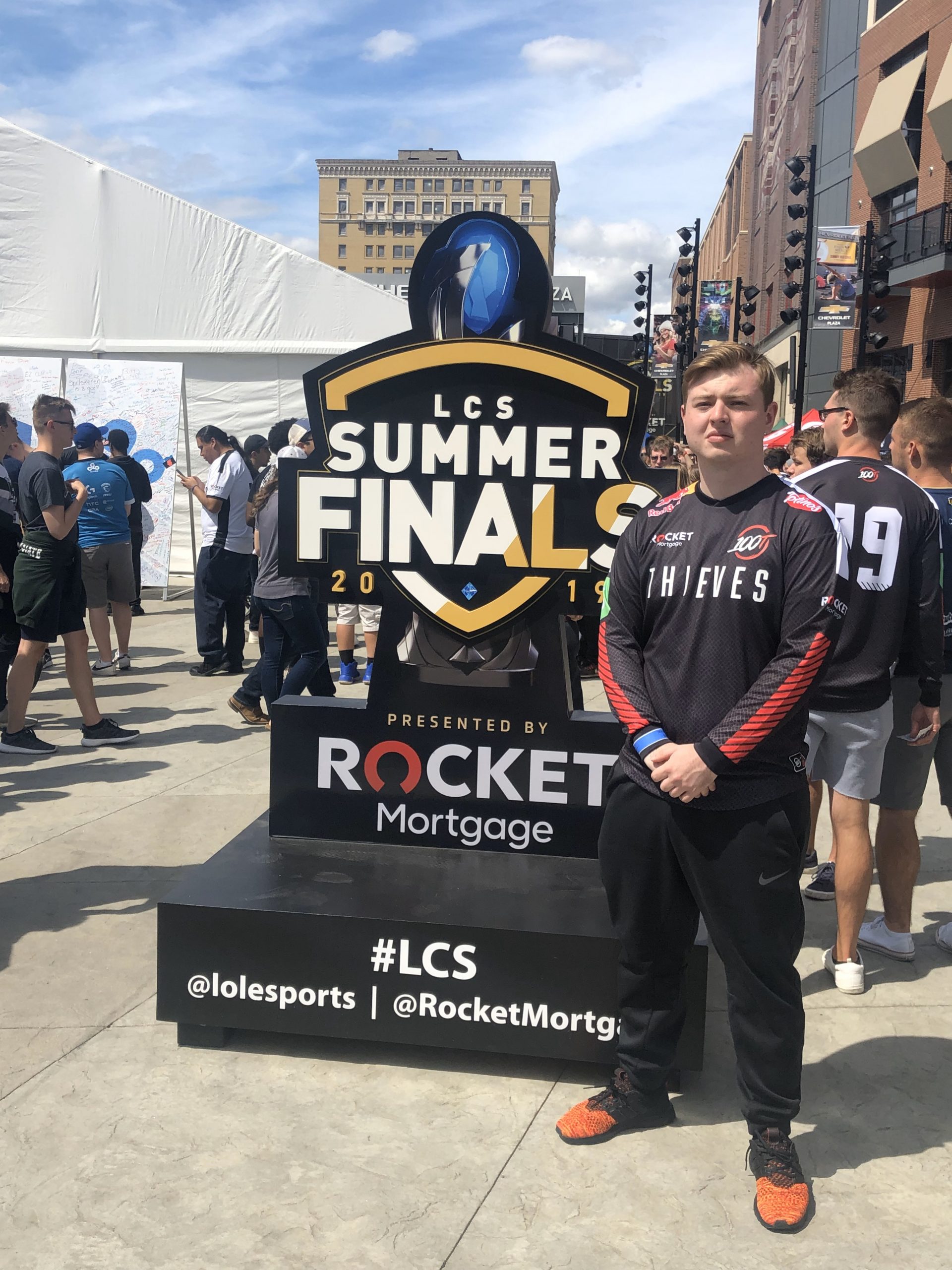 It was April 13, 2019. Thousands of cheering fans were piled into St. Louis, Missouri’s Chaifetz Arena, perched on the edge of their seats, their eyes glued to the Saturday series that would determine who went home a champion. Twelve weeks of competition among North America’s greatest players was coming to a close in one final match.

However, the Saint Louis University Billikens weren’t taking the basketball court at their home arena that night. Instead, it was reserved for one of the largest professional esports in the world: League of Legends. Over the course of five games, Team Liquid beat Team SoloMid to win their third regional championship in a row, leading them to the world championship.

For Ohio State student Cameron Record (gamer tag: Figurative), the series inspired him to become more involved in a game he had played casually with his friends since middle school.

“I went to finals and thought it was super interesting, and got super invested in taking the game seriously and being part of a team after [the St. Louis finals],” Record said.

Within two seasons, Record, now a junior in economics, had landed a position on the coaching staff for amateur LoL team ANEW and helped them secure back-to-back Scouting Grounds Circuit championship wins.

But how did he get there? It all started at Ohio State.

Record said he previously worked with the Buckeye Gaming Collective, Ohio State’s recreational esports club, in 2019–the spring of his freshman year–serving as team manager for the League of Legends B-team. Fellow student Bryan Hendershot (Hurricanes) said Figurative’s time with the team led to some of his fondest memories playing for any team.

“From the work our coaching provided, I learned more on that team than I had on any other team I’ve played on, including a few that had ‘more skillful’ players or a better-prepared coaching staff due to the environment,” Hendershot said. “I genuinely miss playing as part of the B-team.”

The team made it to the playoffs of the 2019 Upsurge Contender’s League in the spring, but no further.

With the number of collegiate tournaments slowing down over the summer, Record said he wanted to try working in another level of competition: the amateur scene.

“Over the summer [of 2019] I knew I wanted to work with an amateur team,” Record said. “So I looked up some of the bigger amateur organizations to message them asking for an interview or if they had any spots open.”

The amateur scene feeds directly into the Scouting Grounds Circuit, where officially franchised LoL teams scout for talented players to join their ranks. It was during that summer that Record joined ANEW Esports, working as an analyst for the team for five or six hours per day.

“His role in general was the prep work,” Chris Harris (Crono), former general manager of ANEW said. “He does his research, he watches replays, he looks at the data.”

Harris said that a lot of the work of an analyst is fact- and data-oriented: figuring out the opposing team’s playstyles and any habits they can punish.

“It’s always going to be a supporting cast, even with traditional sports, since the players are at the forefront,” Record said. “But having an analyst to look at stuff for the team to potentialize matchups gives more time to the players to focus on just playing the game.”

ANEW won the Scouting Grounds Circuit in 2019 with help from Record, leading to a prize of $10,000 and three out of five of the team’s players landing on a franchised team. On Aug. 9. this year, ANEW won their second title in a row and another $10,000.

Harris said he saw Record grow as an analyst in these two years, especially as he gained confidence in his position.

“He came in and he had some experience, just not at the top-tier level,” Harris said. “If someone disagreed with him he’d probably be like, ‘Yeah okay you’re right.’ Whereas in year two, it was more like, ‘Well I think I disagree, and here’s why.’”

Record said for now, the amateur season is over and everyone has gone their separate ways. As for his plans after graduation, he has yet to decide if he will pursue an analyst position in esports or traditional sports, or a job in economics. However, Record said the past two years have definitely given him an interest in esports if future opportunities present themselves.

For those at Ohio State also looking to get into esports, whether it be as staff or as players, Record recommends the Buckeye Gaming Collective.

“Reach out to the club here and look for opportunities, even if you think you’re not qualified or have experience yet,” Record said. “Esports is still fairly new, so if you’re willing to take the initiative and put the effort in, I think anyone can make it.”