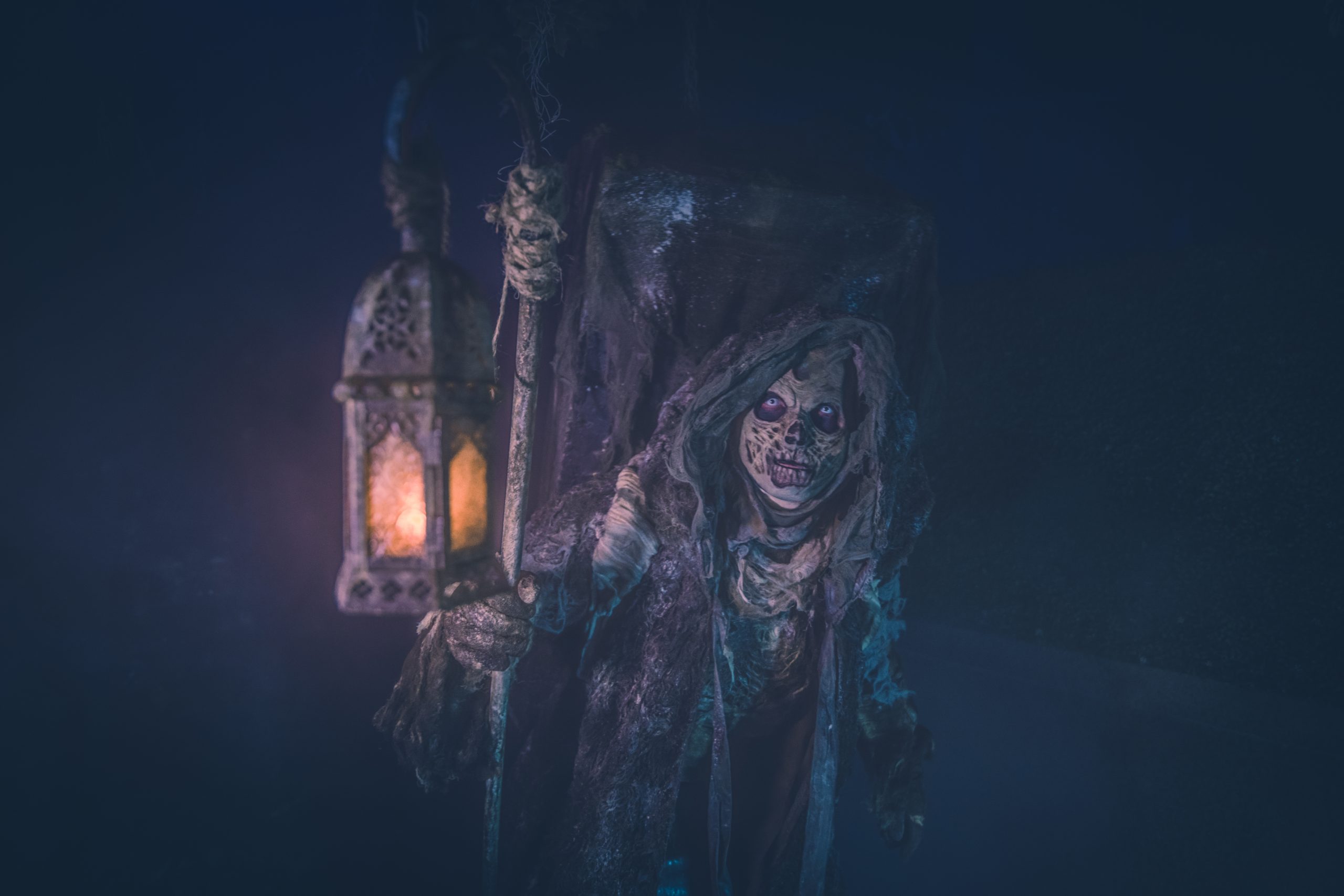 I would like to preface this story by saying that I am a complete and total wuss—the headline even says so.

I hate haunted houses. I hate horror movies. I had a panic attack on the Gemini coaster at Cedar Point. I’m not even a fan of my own apartment when the lights are off.

So when I learned that 13th Floor Haunted House had recently come under new ownership and was in the process of massive overhauls, I knew it was a rare opportunity for me to see what goes on inside a nationally renowned haunted house while all the lights were on.

I contacted Nick Francis—the new co-owner of 13th Floor, along with his wife Jess—and he spent two hours giving me the grand tour before their official opening. If you like having the crap scared out of you, then I can guarantee you’ll love what they’ve done with the place, because I did not.

13th Floor, previously part of a country-wide chain of haunted houses, was acquired by Nick and Jess Francis just a few short months ago. In the interest of getting things up and running in time for the Halloween season, they are operating under the 13th Floor license this year only. But they rethemed the attractions to their likings and specifications despite using the bones of the existing frights. A major overhaul on the tech and compliance with COVID-19 restrictions have brought huge changes to the experience, and Nick Francis insisted it’s actually better than ever because of it.

Francis said the biggest changes to the haunts come from new high-tech audio and visuals. Actors can’t get up in your business the way they might in year’s past, but there are hundreds of new speakers, lights, and animatronics to make the experience just as frightening, if not more so. Actors will keep their distance and wear masks (the COVID kind) under their masks (the spooky kind), but Francis said he didn’t have to compromise the scare-factor one bit. He compared the experience to a horror movie. If you can get scared sitting far from a screen, this isn’t exactly a stretch.

“This year will be the best year you’ve ever walked through a haunted house. Because the only reason that haunted house quality suffers, if you’ve got a good product, is when you have 3,000 people in line,” he said.

Prescheduled reservations, limited group sizes, and strict social distancing mean the waits will be shorter, and the immersion deeper. No more getting stuck in a conga line and having the next scare spoiled by the people ahead of you.

And those attractions are? Glad you asked.

The “Darkest Dreams” attraction takes guests through a haunted mansion and the nightmares of the children inside it, while “Tales of the Unknown” winds through a town overrun by cannibals, where everything from the auto-shop to the florist is coated in eerily realistic corpses. Even in full lighting, with crews working and chatting, I was extremely impressed by the immersive setup. And by impressed, I mostly mean nauseated.

Because  I can tell you from experience that it’s scary as hell. Despite his reassurances that every animatronic was turned off during our tour, I turned a corner at one point to find a giant spider crawling out of the wall at me and screeching (I guess spiders screech?), and I just about peed my pants. From that point on, I let Francis lead me through the halls from a good distance.

As a certified scaredy cat, I’ve never been to 13th Floor, so I can’t compare this year to years past, but I can say that the house is in good hands. Haunted houses are Francis’s whole life. He started building them in his parent’s backyard at 5 years old, and he owned a commercial haunted house by his late teens. It was at a haunted house he owned in Cleveland that he met his wife, an actor at the time. Both of them acted at 13th Floor for years before buying it, and since they started renovations, the couple have been working 16-hour days to create the ultimate experience.

Francis considers the haunted house a giant piece of interactive performance art, and he is dedicated to his craft. As a former theater nerd, this is the part that really piques my interest.

“There’s a lot of satisfaction in knowing that people are getting what they came for and that we’re good at it,” he said. “You know they had a good time because they came out screaming.”

Francis wants to create a perfectly immersive half-hour horror movie that guests can experience firsthand. It’s an admirable and awesome approach, but there is still absolutely no way I’m walking through it during operating hours. I had trouble stomaching my dinner later that evening when I thought about the things Francis showed me, and that’s the best endorsement you can get for a haunted house from a wuss like me.

If you have a little more confidence in your nerves and your bladder than I do, Francis recommended booking a time as soon as possible. With such low capacity, he expects a lot of sold out nights between now and its closing Nov. 7.

Is time up for TikTok?

OSU stars weigh in The doomsday clock for TikTok may be at 5 minutes to midnight, but some popular OSU TikTokers doubt…
Read More

Gateway Film Center will be reopening Aug. 31 with limited capacity for an even more limited release. After shutting down for five…
Read More
X