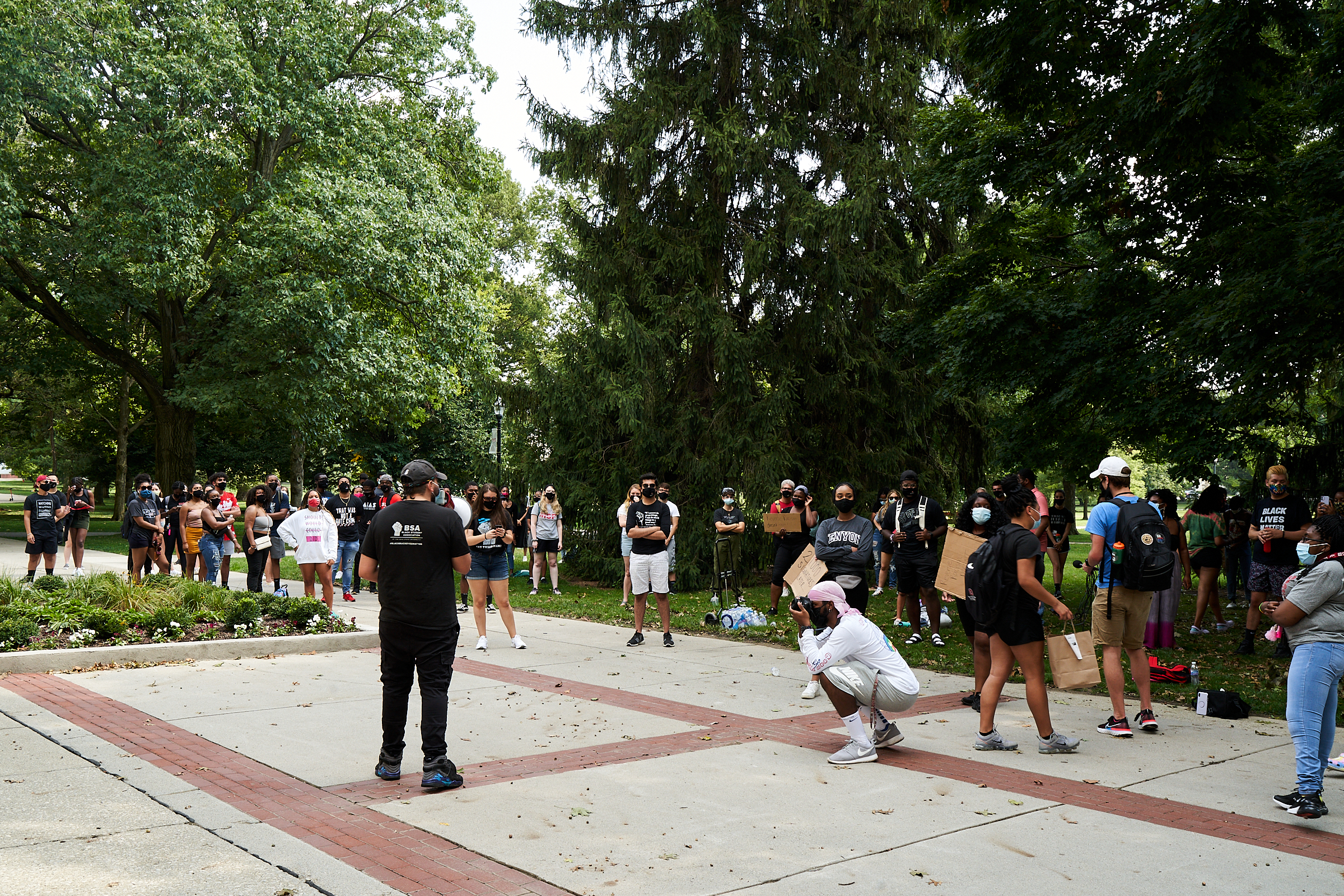 A protest outside Bricker Hall on the afternoon of Sept. 8 marked the latest development in a growing controversy regarding Ohio State’s handling of a public safety notice last week that some say was handled differently than OSU has handled other incidents in the past.

In an unusual move, the university followed up a report of an assault by providing the full names of the two Black suspects who were accused of hurling a racial epithet and attacking three white students. This information was provided after the suspects were already in custody. A Twitter post from The Lantern provided some more context on why a suspect might be identified after apprehension, including a statement from university spokesperson Dan Hedman, but this wasn’t enough for some students, who saw these decisions by the university as explicitly racist.

In addition, the safety notice violated the university’s stated policy of trying to include more identifying information than only the suspect’s race.

“Law enforcement officers and dispatchers are trained to interview witnesses in an effort to obtain as much information as possible, such as build, hair style, hair color, facial hair, skin tone, eye color, tattoos or identifying marks, teeth, clothing, shoes, etc.” says a disclaimer that accompanies all safety notices.

It goes on to claim OSUPD avoids using race to identify suspects without other descriptors. However, OSU does sometimes include racial information in public safety emails without any further description, such as in a January notice that identified suspects of two seemingly unrelated crimes using only their race.

Speakers at the protest argued that this vague method of identification can paint a target on the backs of all minority students in the campus area.

For those reasons, Student Solidarity and the Graduate Student Labor Coalition, Ohio State-based collectives focused on student and worker rights, both tweeted out statements Sept. 8 criticizing the university for labeling the incidents hate crimes without providing any details to back up the assertion, which the organizations said perpetuated fear mongering about black-on-white crime.

Tuesday’s demonstration was led by a group of Black students who did not identify with any particular organizing group, and attracted roughly 75 students. Their demands included addressing the racially-charged notice, addressing calls for the university to sever ties with the Columbus Division of Police, and creating an action plan to protect Black students who are victimized by racially-motivated violence.

To pass or not to pass: Is the P/NP option right for grad school hopefuls?

On Sept. 17, Executive Vice President and Provost Bruce McPheron announced in a campus-wide email that the University Senate had voted to…
Read More
X